This is officially the very first ever *DD* blog post. Many of my friends and customers have been on me for months to start up my own blog, but I am just too damn lazy. So I finally went and made one anyways. Chances are, my store manager will be posting most of what is on this blog, but I am sure that I will be here from time to time.

On Saturday, January 3rd 2009, my friend Genie (GL Designs) reopened our stores to bring in the new year. New year, new look! And to go along with the reopening, we had a HUGE sale. The sale prices were not disclosed before hand, and absolutely no advertising was done either. Many people rushed to the store, and I mean RUSHED, to see the new look, new items, and of course, whatever the sale prices were. Everyone was shocked to see that Genie and I had gone insane! We had marked everything down to just L$10! Dresses, shoes, skirts, dolls, doll keys, masks, eyes, skins, costumes....everything was on sale. People were complaining left and right that they couldn't get in, and everyone was worried that they would not be able to get into the sale, as it was only being held for 2 hours. After the first hour and a half, we realized that people were not going to stop coming. We had posted twice in Fashion Colsolidated (Genie for her store, and I for mine), she posted in her store group and her subscriber. And I posted in my store group and subscriber. As people continued to flock, we decided to just let the sale go on.

A two hour sale turned into a 24 hour sale. After we woke up and came back online, the stores had not slowed down at all. the sim was still full. Finally, at 5pm slt, we had to pull the plug. Many still had not made it to the store, but we were not able to keep it going unfortunately. Overall, it was a great success for all parties, and we definitely had fun! We definitely plan to have something similar often in the future!

Now, here are a few pics of the newest items that I released on Saturday... 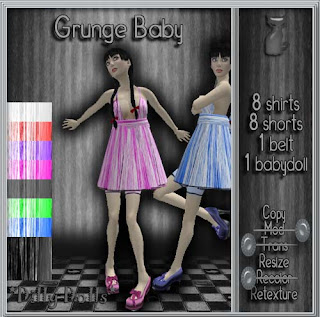 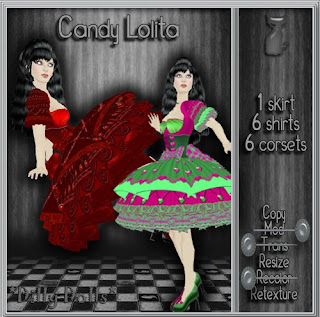 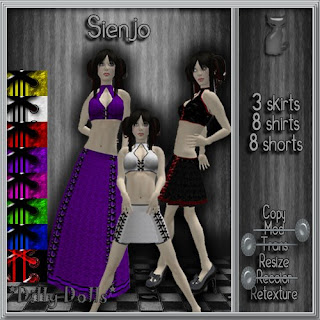 Sienjo is an asian inspired dress that comes with 3 skirt options, as well as texture change

All of my shoes have been updated/replaced in one way or another. Including resculpting and rescripting. Here are few new pairs of shoes, with both color and texture change options: 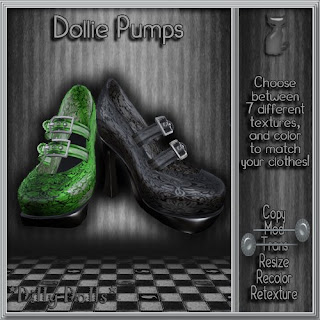 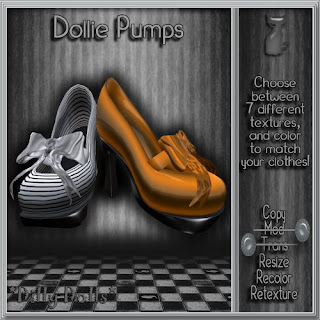 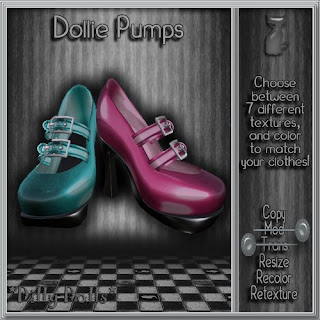 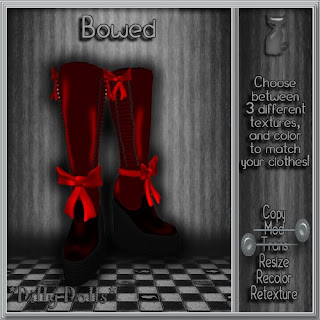 Here are a few more oldies but goodies... 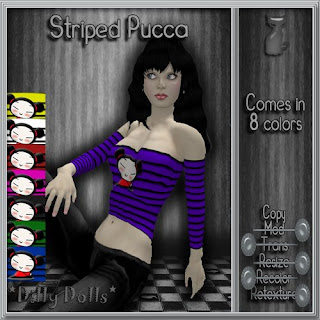 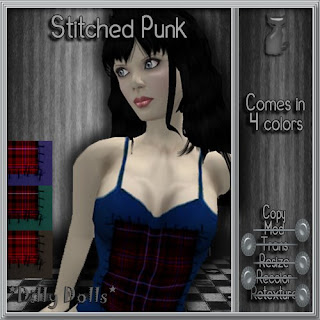 New doll keys, that unfortunately did not make it out until the end of the sale... 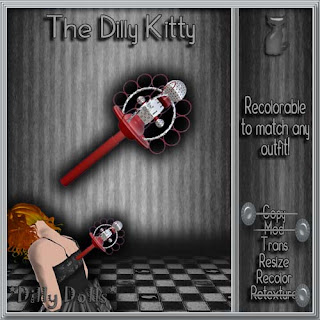 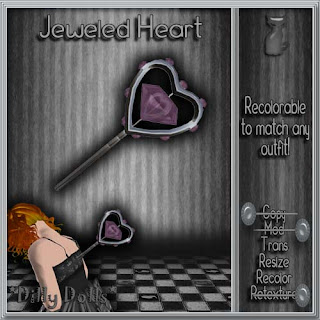 I am always working on something, or many things at once (usually about 7 or 8 at once), and generally have a release of 3 or more things at once. There is more stuff coming out again soon too, so keep an eye out!